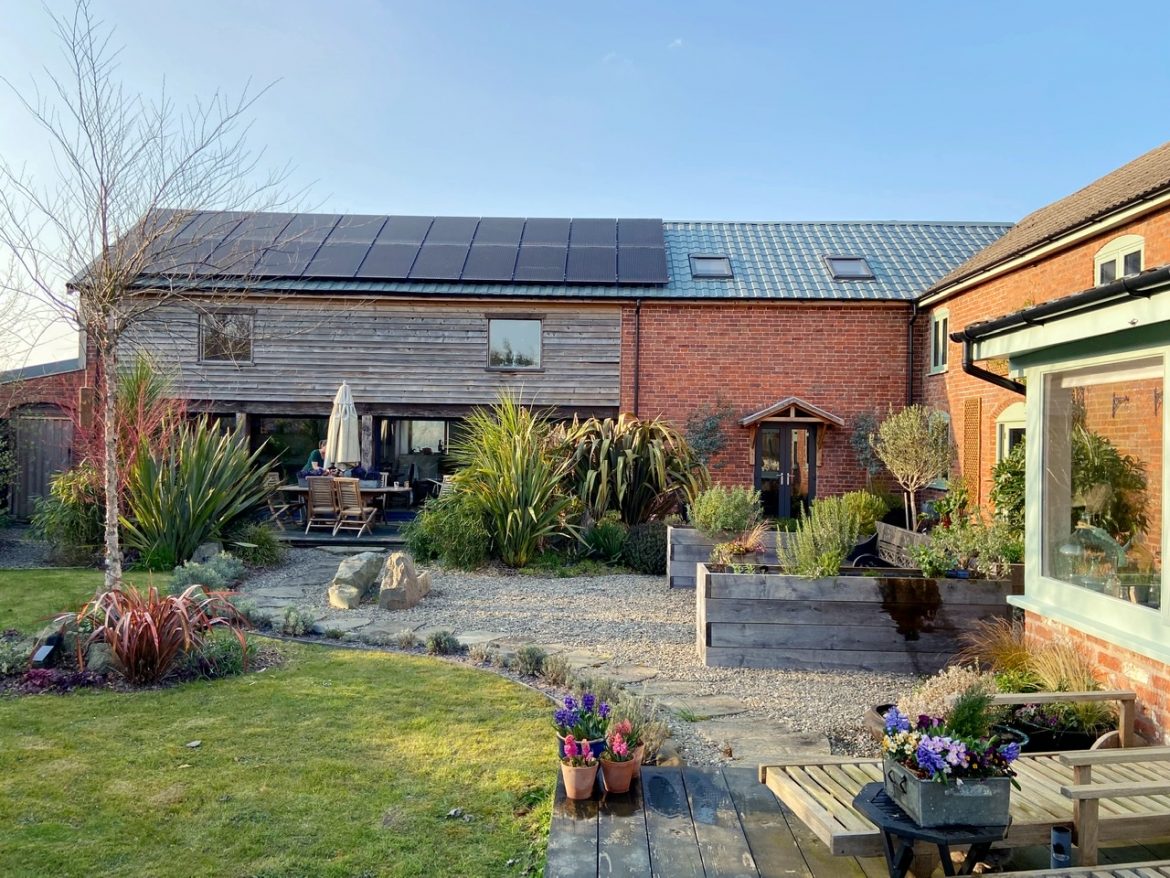 With energy prices continuing to skyrocket, understanding your air source heat pump COP (coefficient of performance) is of paramount importance if you want to know if your heat pump is running efficiently. This winter, we’ve been on an HVO trial so our central heating system has been running as a bivalent system. Nevertheless, with a milder spell of weather, I thought it would be a good idea to conduct an experiment by playing around with flow rates and seeing how our heat pump was performing.

I’d like to point out that weather compensation is currently disabled on our air source heat pump because we’re running the system in bivalent mode and there’s no way for the boiler (that’s running on the HVO biofuel) to modulate in accordance with the weather compensation settings in our set up.

We conducted the experiment using very similar days when the weather was very stable – we also had a week of almost identical weather which was very convenient. We turned the heating on at 16:00, with the outdoor ambient temperature at around 12C. On each of the days we experimented we had very sunny days, so the house was up to temperature (21C) and it was only the rooms in the north of the house that called for heat.

The temperatures gradually dropped throughout the evening to 5.5-6C – a comfortable efficiency range for heat pumps. With the mild temperatures and low humidity, the air source heat pump did not perform any defrost cycles and the booster (boiler) was not used. We turned the heating off around 8:00 because the wam sunny days kept the house warm and at temperature. This means the air source heat pump COP figures we’ll share are for around 16 hours of heating.

It’s also worth noting that because we’ve had brilliant blue skies, our solar PV array has been very productive, and the hot water (after our morning showers) was fully reheated via the iBoost, so the heat pump was not required.

For our experiment we ran the heat pump over several days alternating the flow rate between 40C and 45C to see how it affected COP and electricity consumption. The results were interesting.

Before we get into them, with the house already at (or close to) target temperature we did not noice a difference at all in ambient room temperatures. What I mean is that rooms all remained at temperature (around 21C) and didn’t drop whether the flow rate was at 40C or 45C. The rads felt marginally warmer to touch at 45C, and there was no noticeable difference in the underfloor heating areas.

As you’d expect, the electricity consumption at 40C was significantly less than at 45C (despite the slightly poorer COP). I was expecting the air source heat pump COP at 40C to higher. At 45C, we consumed around 36kWh of electricity (18 hours of heating as mentioned earlier) – at 40C (also for 18 hours) we used significantly less – around 27kWh.

In financial terms, based on our current tariff with E.ON Next (22p/kWh) that equates to a £2 saving per day – £60 per month. That’s significant. And it’ll be even more significant with the impending increase we’re going to be hit with on April 1, 2022 as the price cap gets raised again.

Running at a lower flow rate is clearly less demanding on electricity consumption, and is therefore cheaper. I feel that we can get away with this at milder temperatures because for the first time I think our house is well insulated and we’ve limited heat losses. The upsized K3 Stelrad radiators have also been a massive game changer in the coldest rooms of the house.

The takeaway message to homeowners running heat pumps that are struggling to keep pace with running costs is to consider dropping your flow rate if your property’s insulation will allow it.

It’s definitely worth experimenting with. Turn the flow rate down, 5C at a time, and see if the house can handle it. If it can, you’ll save money because you’ll be using be consuming less electricity to heat your home.

Let us know what air source heat pump COP has been this winter by leaving a comment below.

Would it be possible to see your COP calculations? I would expect the heat demand of the property would be a constant ( subject to outside temperatures of course) and it will be interesting to see how this heat demand is being met.

Thanks for the comment Keith. Sure, here are two examples:

Using these figures I get a COP of 2.96 at 40C and 3.13 at 45C, somewhat in line with your findings. Like Andras below, taking this at face value it appears odd.

I wonder if other factors came into the equation such as external temperate. Was the outdoor temp very different on the days you took these readings, or was the heat pump running for a different time?

The heat generated on each of these days was measurably different (80kWhs vs 113kWhs (about one third difference) so something has caused the heat pump to work harder and produce more heat (113kWhs) on one of the days.

Have you done a comparison of the different flow temp COPs when the outdoor temperature has been the same?

That would be a fairest comparison.

Your findings are were very surprising.

This is interesting I definitely expected the COP be lower when you run higher flow temp.

I am still running 35C fixed flow temp in my house. I read from other users that in milder weather you definitely save on weather compensation. Well, I tried to stick with the fixed 35C flow with the milder weather like now. The underfloor only comes on every second day (for about 2.5 hours) as the floor retains the heat for longer in milder weather. I have my seven radiators upstairs on for like 1.5 hour a day.

So for now sticking to 35C fixed flow as the kW meter is all that matters after all ????.

Very interesting indeed Andras. Thanks for sharing, and interesting to see your comments regarding weather compensation.

Both months have been relatively mild for this time of year but it will be good to see the results.

I haven’t changed the set flow temp (40C) during this experiment as I didn’t want that to affect the results. Of course, with weather comp on the system will cause the flow temp to vary slightly and this may add weight to your statement about performance during milder weather. Time will tell.

One thing I found doing experiments over very short periods (1or 2 days) is that the preceding day’s temperature can affect the results.

Perhaps this factors into the unexpected results.

I have just clocked up a full years ASHP metered usage. You can read about it here:

I think you’re right Mark. Things like solar gain (on very cold days) can also affect results. It’s just interesting to monitor these things. Off to read your data on RHH.

Not all battery-operated equipment is created equal

Our heat pump, solar production and the weather...