Winter prep in the veg garden 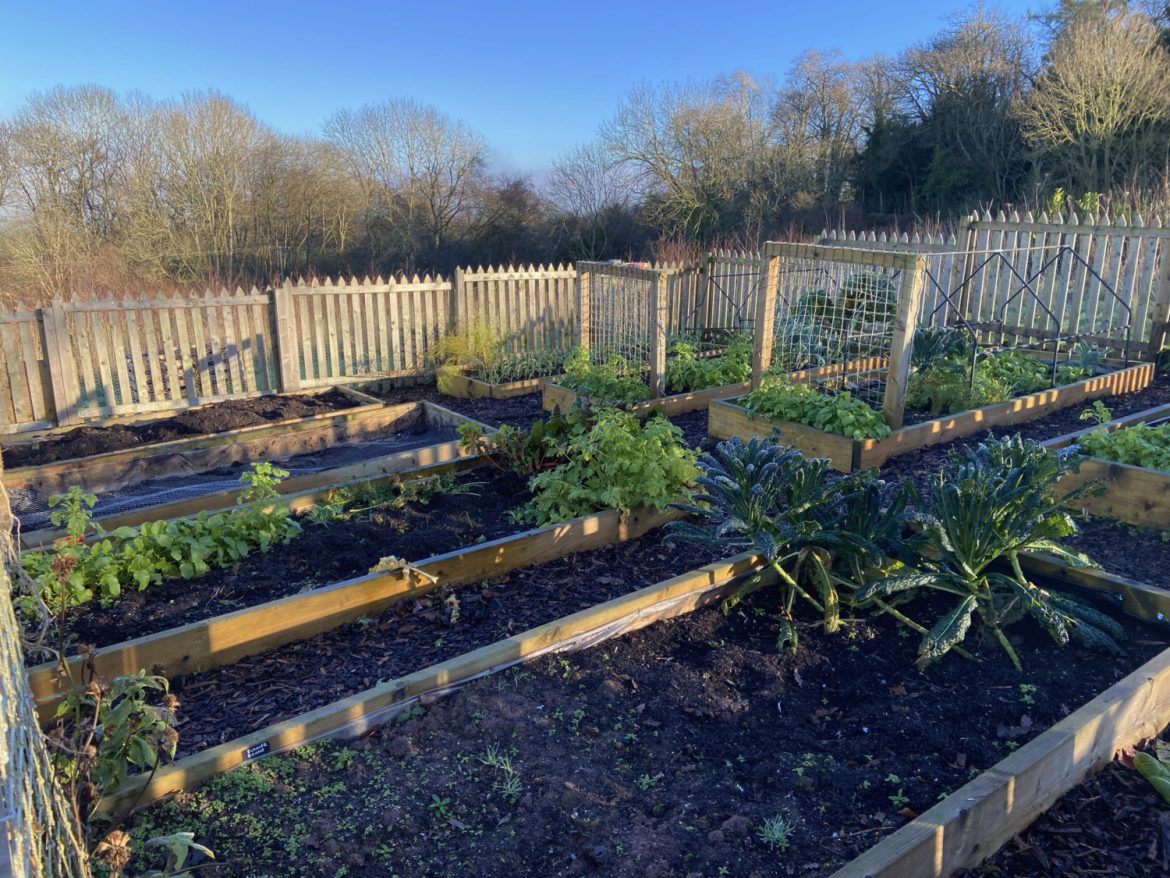 Taking advantage of the mild winter, we’ve started our winter prep in the vegetable garden for the spring and growing season ahead. Last year, one of our biggest headaches was with moles burrowing through our beds and disturbing our seedlings. Since we’re organic and sustainable gardeners, we’ve taken a non-disruptive approach to keeping the moles out.

We purchased several roles of 25mm chicken wire which we’re laying at the base of each of our raised beds. It’s a big job because each bed (which is 3x1m) has to be emptied and the chicken wire has to be stapled in to prevent the moles from getting in, and there are eight in total.

We did a test bed in September which was frequently visited by moles. We planted garlic in that bed after we’d lined it with the chicken wire, and it’s definitely worked, as there’s been no mole activity in that raised bed.

The other thing worth noting is the coir pots. We wanted to be even more environmentally-friendly last year, so we purchased an assortment of coir and pulp fibre pots, where the concept is that you allow your seedlings to establish in them and you simply put them in the ground so that they can continue their growing journey.

The pulp fibre pots were better in the sense that they did eventually fully break down, but the coir pots were not a success at all. We found that the roots of our plants struggled to break through them, and our runner beans never got going, and it was plain to see why. When we emptied the beds, the coir pots were still largely in tact despite being in the ground for over seven months. Needless to say we’re not going to be using them again this year.

We’re hoping that the mild weather stays with us for a while longer because we need to mole proof the remaining few raised beds, build a new raised bed area on the perimeter of our veg garden for strawberries, and I want to put in four more large raised beds made on from reclaimed pallets outside the veg garden to grow veg that isn’t affected by rabbits, squirrels or any of other our other wildlife.

We built four of these raised beds last year and they were a massive success. I’m thinking because the beds are quite deep that we’d like to grow potatoes in them, which could be a very good idea because potatoes love to sprawl.

We’ll also be using a variety of nematodes this year to treat slugs and caterpillars. The nematode slug treatment was a resounding success last year and we’re hoping they do an equally great job on the caterpillars that decimated our kale and Brussel sprouts.

We’ve got our work cut out for ourselves and it’s going to be a busy few weeks, and then we’ll switch gears to growing all our vegetables from seeds.

Our bivalent heat pump and HVO biofuel – are we still green?