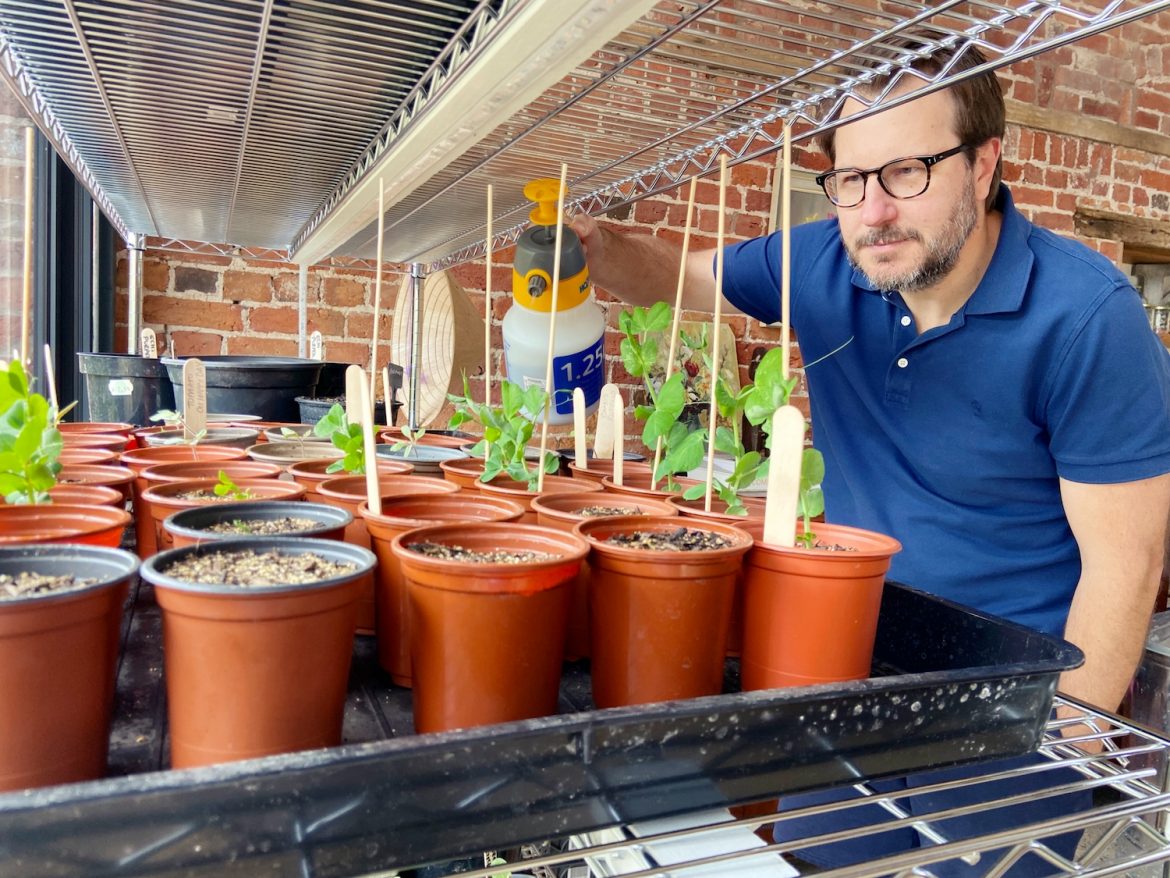 Last year, we were approached by Plantsurge to try their water softening magnet. We received their new unit (made from recycled ocean plastic) earlier this year and posted a short video about our experiences thus far and it’s been very interesting to see some of the comments we’ve received stating that the concept of magnetised water is pseudoscience. So let’s address the question: magnetised water – science or pseudoscience?

Before we agreed to initially receive samples from Plantsurge, we undertook an academic and scientific literature search and found no shortage of studies focussing on magnetised water and the impact it has on plants and seedlings. Based on our findings, we were very comfortable using and talking about Plantsurge and we’d like to share some of the outcomes of those studies.

Just to be clear, the objective of this post isn’t to definitely say that magnetised water does or doesn’t benefit plants. We’re still drawing our own conclusions from our own usage, but we wanted to convey that there was a lot of science and research that shows there is a strong case to be made for magnetised water and healthier plants. Also, to prevent any “old” data counterarguments, we only looked at studies from 2015-2022, and the amount of studies from 2000-2015 alone is staggering.

In a study called the Impact of magnetically treated water on the growth and development of tobacco published in the Physiology and Molecular Biology of Plants the authors say “magnetism is one of the physical methods affecting water properties. It is considered as an environmental factor that plays a role in the physiological and biochemical reactions,” and this is a common theme that’s cited in most of the studies that we’ll discuss.

I appreciate that some of the studies we cover will, like the one above, cover topics that most home vegetable and plant growing gardeners won’t engage in (like growing tobacco), but the purpose of this post is to show that magnetised water does have a beneficial effect on plants.

The study above concluded that using “magnetically treated water in irrigation might be a very practical way to improve agricultural and horticultural production under greenhouse or field conditions.”

Next, this study appeared in the Journal of Plant Nutrition, and examined the effects of water magnetic treatment on seed germination and seedling growth of wheat. Their conclusion: “Magnetized water had significant effects on seeds’ germination and seedling growth. The crop production and plant morphological properties increased noticeably during the experiments when using magnetized water.”

The next one was super interesting because we grow tomatoes (as do many home gardeners). This study appeared in Notulae Scientia Biologicae, and they assessed the influence of magnetised water and magnetised seeds on yield and uptake of heavy metals of tomatoes.

We turn to turnips next. We don’t grow them, but in this study they looked at how magnetically treated water affected turnip seed germination, seedling growth and enzymatic activities, and the results appeared in a publication called Information Processing in Agriculture. What do we think? Did it work?

The next study didn’t look at vegetables or plants. It focused on the influence of magnetised water on soil water dynamics under drip irrigation systems, and it appeared in Agricultural Water Management, an international journal that’s part of El Sevier. “The results showed that the surface wetted radius increased and the vertical wetted depth decreased in homogeneous soil profiles using magnetized water… It is recommended to use magnetized water in drip irrigation systems particularly in homogeneous soil profiles.”

The same African Journal of Agriculture Research investigated the response of lettuce crops to magnetically treated irrigation water and different irrigation depths: “The variables of MTW-irrigated [magnetically treated water] lettuce crops showed more positive results when compared with those irrigated with CW [common water]. The lettuces’ aerial green weight irrigated with MTW reveals a production higher than or equal to when compared to that irrigated with CW, for the two cycles, with an approximate 63% increase. The technology of water magnetization for irrigation produces new possibilities for production increase and water volume decrease.”

The Electromagnetic Biology and Medicine journal’s published conclusion to whether maize plants benefitted from being water with magnetised water was: “Irrigation of maize plants with MTW remarkably increased iron content of kernels (2.3 fold of the control). Interestingly, calcium content of maize kernels in MTW-irrigated plants was also significantly higher than the control group. All together, these facts imply that MTW increased maize plants growth and metabolism and improved the quality of its yield.”

The IOP Conference Series: Earth and Environmental Science looked at whether magnetised water, when used in conjunction with a biofertiliser had an impact on the growth and yield of melon Cucumis melo L. Their conclusion was, “The interaction between magnetized water and bio fertilizer led to improvement of melon traits. Using magnetic water with bio fertilizers could be a promising technique for agricultural improvements, but more researches is required for different crops.”

These are just some of the papers we’ve read and the conclusions are all similar: magnetised water typically had a positive effect on the vegetables or plants that formed the basis of the study. As part of the literature search we didn’t come across a single study that showed that magnetised water didn’t have a positive effect on plants, and there were no studies that suggested any adverse effects.

In addition to all the results, the general consensus was that magnetically treated water enhanced uptake of potassium and phosphorous, which plants need to develop strong roots. Magnetised water also improved calcium, iron, potassium and zinc content in vegetables and significantly increased the production quality of the plants when compared to non-magnetised water.

From our own personal perspective, we’ve been watering our seedlings with magnetised water for the past month in conjunction with boosts of Ecoworm (our favourite organic vermicompost fertiliser) and our germination rates have been high and the seedlings look strong – stronger than they did at more or less the same stage last year under fairly similar conditions.

If you’re interested and want to give Plantsurge a try, you can buy it directly from Plantsurge. Don’t forget to use this discount code at checkout to get a 10% off your purchase: MYHOMEFARM

They grow up so quickly

A cheap way to kill weeds – natural and non-toxic

They grow up so quickly