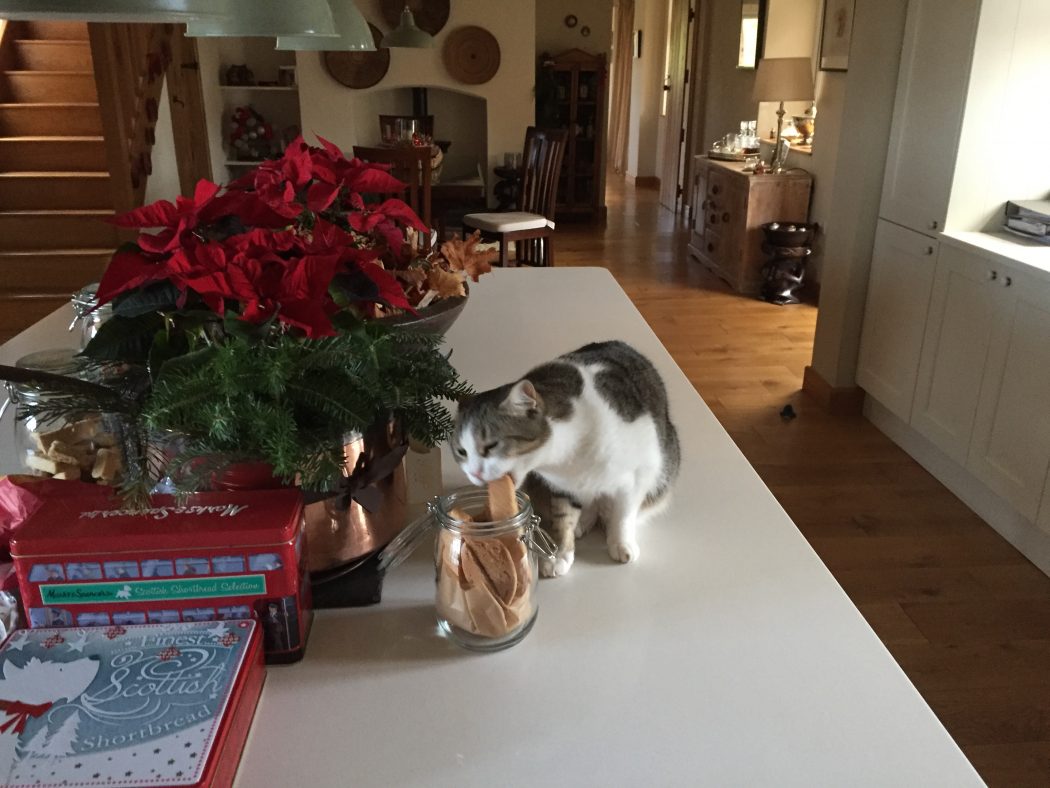 I have preempt this post by saying that our cats are not allowed on our kitchen counters, but being cats they push their luck from time to time.

So this week, while preparing food, I heard some crunching behind me, which was strange. When I turned around, our male cat, Leopold, had jumped up onto our kitchen island and was confidently tucking into the nutmeg and ginger biscotti I had made.

Naturally, he’d already helped himself so I got my phone to take some photos because despite being on the counter, it was quite cute – I can’t tell you how much he was enjoying them. The photos speak for themselves.

After I took the snaps I shooed him away and binned the biscottis (very annoying). The entrepreneurial cogs starting turning: ginger and nutmeg treats for cats. Is the next million dollar idea?

Sex sells, but this is ridiculous (or am I just being a prude)?