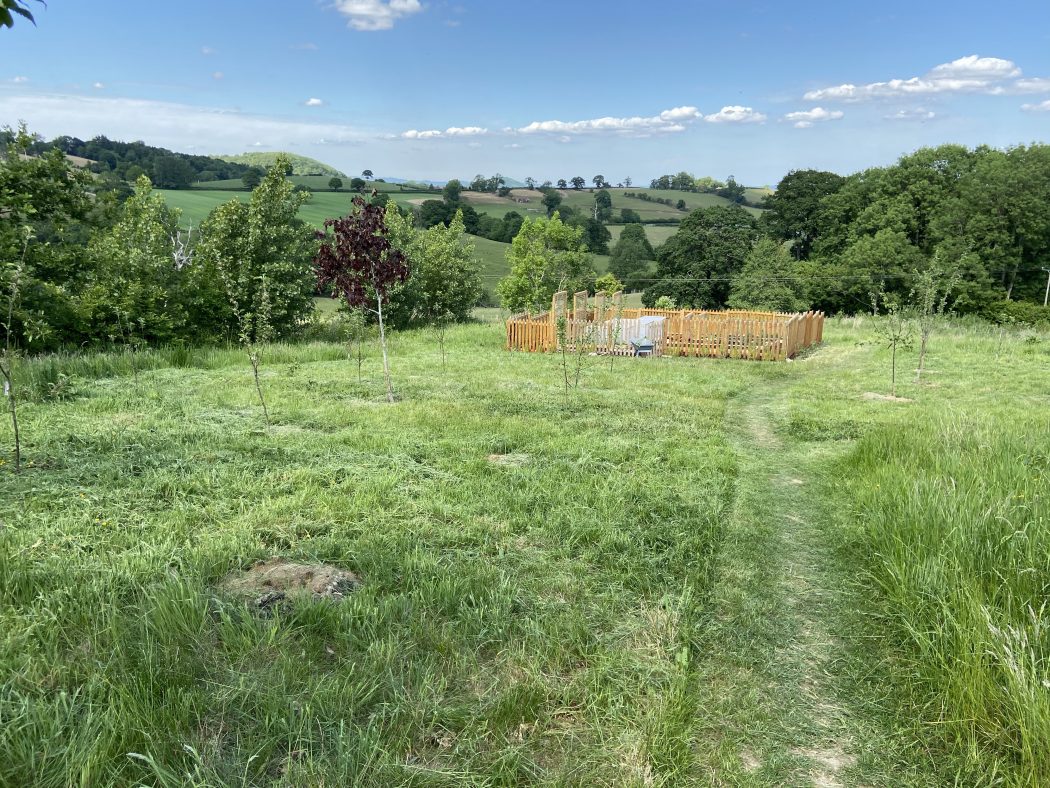 The blazing hot month of May has prompted the grass in our field to bolt and grow at a rate we’ve not experienced before. Three weeks ago I strimmed our ‘wild’ garden field and would have expected to do it again before the autumn. That’s not been the case. I’ve had to do it again today, along with other portions of our field, and it’s led me to developing hastenburaphobia.

While I strictly don’t suffer from hastenburaphobia, fear of grass, I am certainly becoming anxious at how quickly it’s currently growing and how many days it takes to cut and maintain it.

Our new fruit trees have been overrun by grass since we planted them and they probably have a genuine case to be hastenburaphobic. The decking area at the pond was also incredibly overgrown.

The rate at which the grass has been growing has been insane, despite the lack of rain. I can’t explain it.

So it was out with the Ryobi strimmer again to get the grass under control. It was a five hour session today and the job is about a third complete. You can probably understand why I’m getting anxious about how much time and effort this task requires.

But at least the final result looks good. The trees have been freed up and they have breathing room. The deck looks a lot neater too.

[…] started evaluating and researching ride-on mower options to help us maintain our field. Before the manufactures can recommend models to us though, they needed an idea of the gradient of […]

[…] taken us two years to get to this point but we need some serious equipment to help us maintain our field as the requirement to use more of it productively grows. We have had to break down the ride-on […]

[…] order to help us get the grass around our smallholding under control, we purchased a cordless, battery-operated lawnmower, the Toro 55cm Flex-Force […]

Adding nematodes to our raised beds