A crazy story involving our neighbour, a chainsaw and a tree 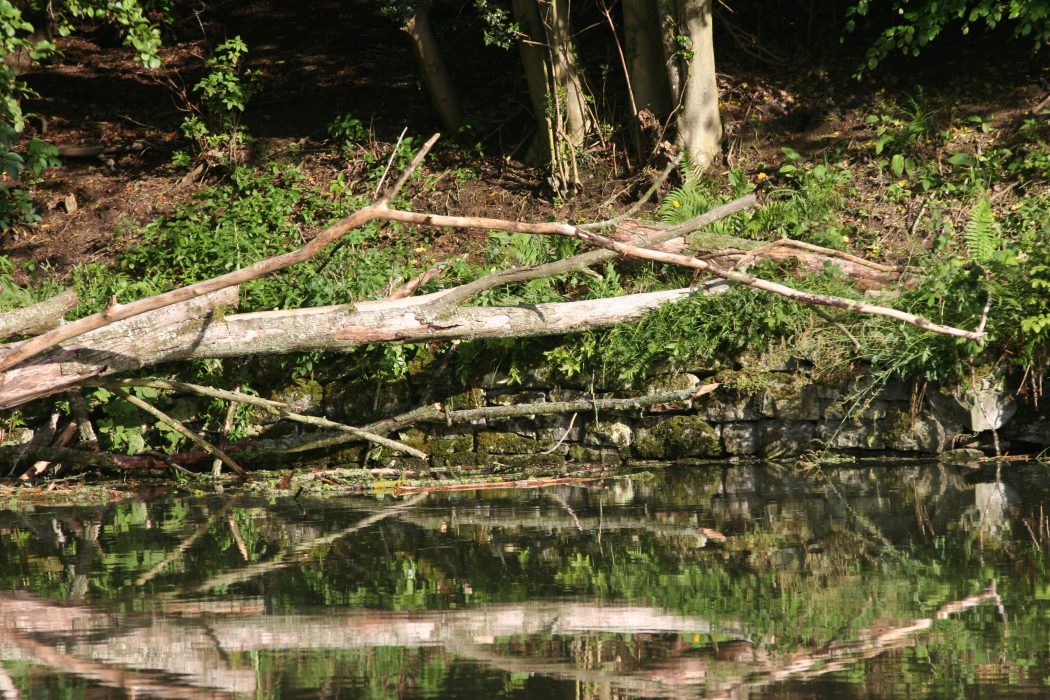 I often wonder what’s wrong with people, but this incident last summer left me scratching my head for longer than usual. We have one immediate neighbour. This is the crazy story involving our neighbour.

Let’s set the context. Our neighbours occasionally rent out their annex as an additional form of income. They also offer add-ons to visitors from the city that are looking for country experiences. So far, quite normal.

So, one Saturday morning last summer, while doing our grocery shopping at Morrison’s, my phone rings and it’s the neighbour. In order to protect his identity, let’s just refer to him as Morty.

Morty says to me that they have a guest staying with them over the weekend, and that the guy has signed up for a chainsawing experience to learn how to cut logs. Right, so what’s this got to do with me?

Morty tells me they have a tree on their pond that needs to come down, and if I give them a hand I can take some of the wood. That sounded reasonable enough, so I agreed.

We finished our shopping and came home. As we’re unloading the car, we hear Morty’s diesel-guzzling, fume-spewing Manitou coming down the lane, past our house and down the track away from his house and his pond, where it proceeds to stop by our pond. Undeterred, we continued to unload the car, when we heard a chainsaw start.

And so our crazy story begins

What the hell? Alarmed, we grabbed our phones and speedily made our way towards the pond, looking frantically for the source of the screaming chainsaw. We could barely believe our eyes. Morty was felling a beast of a tree on the edge of our pond.

And then… well, just watch the video (make sure your volume is on for the full effect).

The tree came crashing down on the original 19th century pond wall, and the devastation it caused on our little lane was astonishing. Still shell shocked, Morty struts up the lane, thumbs up and all, boasting in front of his Airbnb-er about what a great job he’d done, even though he was expecting the tree to fall in a different direction.

I probably don’t need to tell you that Morty’s not qualified to be teaching anyone how to use a chainsaw, let alone be felling trees. By his own admission, that tree could have toppled anywhere and I bet that neither of them were insured for damages sustained from chainsawing or lumberjacking.

We had our suspicions that Morty was a cowboy, but this was genuinely off the charts.

I think we’re too nice as people, and we didn’t want to embarrass Morty in front of his paying customer, and just told him he needed to clear the devastation as it was now blocking the lane, and emphatically told him we wanted nothing more to do with is crazy escapade.

It took the two of them three hours to clear the lane, by which time it was getting late, and they had the audacity to leave the bulk of the tree floating in our pond to deal with in the morning.

The following morning, pouring down with rain, they returned with the Manitou to drag the trunk from the water. This saga endured for hours, and they eventually cleared it all. Thankfully, the pond wall didn’t incur any lasting damage, but the shrubs and bushes were flattened, and a huge portion of our bulrushes in the pond were flattened and destroyed.

On Monday morning, after the guest had left, Morty came around to take the temperature. My wife expressed her disbelief. She tried explain to him that it’s disrespectful and not acceptable to go onto someone else’s property and amateurishly fell a 30-metre tree. Rational people, she explained, don’t do that.

Morty couldn’t see what he’d done wrong. Based on our difference of opinion on what is acceptable neighbourly behavior we’ve parted ways and cut relations. We understood for the first time that Robert Frost was on the money when he wrote: “Good fences make good neighbours”.

For a week after the felling, we heard the chainsaw going at the back of Morty’s property as he processed his firewood, until he finally got fed up, loaded what was left into the massive Manitou bin and torched it. Job done.

Please share your bizarre neighbour experiences below. We’d love to hear about them.

Ineffectiveness of the Bat Conservation Trust