A cheap way to kill weeds – natural and non-toxic 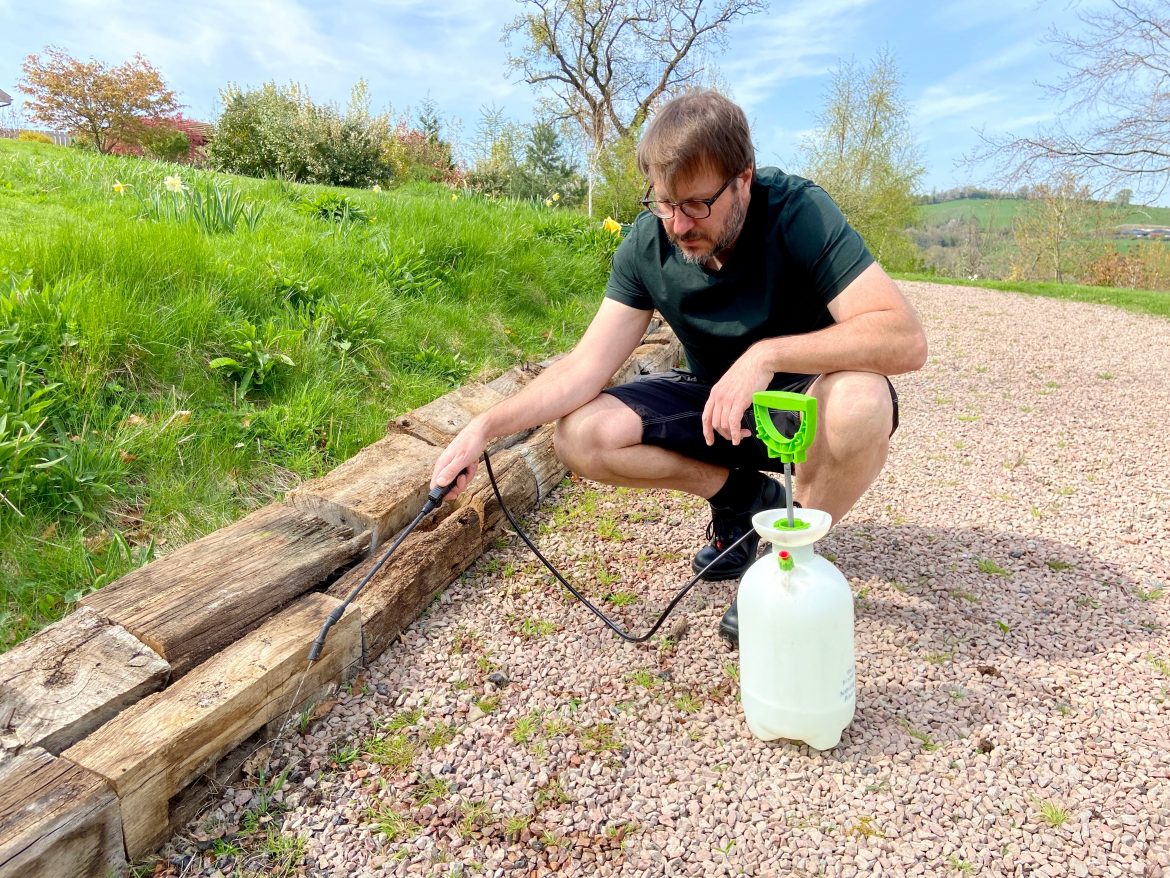 We’ve got a sweeping gravel driveway leading up to the house, which looks great and that doesn’t flood with heavy Welsh downpours, but it’s a nightmare to keep it weed-free. Last summer, it was a mixture of weeding by hand, assisted with Draper’s electric weed burner and Go System’s gas equivalent.

While the weed burners are very effective, it takes between 4-5 hours to do the full driveway because you have to burn and scorch every weed individually to get the best results.

We’ve been reluctant to use any commercial weedkillers like Roundup because we are trying to be as natural as possible in our gardening approach. We’ve tried natural remedies in the past that weren’t successful and after some experimentation we’ve settled on a recipe that has been very effective in killing the most common weeds on our driveway: grass, dandelions and daisies that have self-seeded.

Our recipe is super cheap when compared to weedkillers on the market too which is an added bonus. You can buy one litre of ready-to-use Roundup for around £6.50 on Amazon. Our ingredients to make one litre (buying the vinegar, salt and washing up liquid from Tesco) costs about £1. That is a massive saving and a cheap way to kill weeds.

We’ve also made our recipe scalable. This recipe is for one litre, so it you want more, simply multiply the ingredients by however many litres you want. As a rough guide, based on our pressure sprayer and weed density, we are able to cover an area of about six square metres (6sqm) with one litre of mixture. Naturally, the less weeds you have, the further it will go.

Simply pour the vinegar into a spraying bottle or pressure sprayer, followed by the salt and washing up liquid. Close the sprayer and give it a good shake to make sure that everything mixes nicely.

Pressurise the sprayer and spray the weeds from close range, making sure you soak them. It’s also best to do this on a warm, sunny day and when there’s no rain forecast for a few days as this will accelerate the process.

Important: this solution does not make a distinction between weeds and plants you want to keep, so make sure that you only spray the weeds you want to destroy. Also be careful to avoid any run-off towards plants you may want to keep. Since we’re just spraying gravel, it’s quite easy to contain our solution.

It takes about 48 hours to dry and kill the weeds. The one thing I’ve noticed is that it’s very effective against younger, establishing weeds, and the solution doesn’t kill off stronger, larger weeds at first time of asking. Even though it dries them out, they do sometimes re-sprout a few weeks later because the solution probably doesn’t kill the roots off. So just be patient. If you see new sprouts on a weed you think you’ve killed off, simply reapply the solution and it should eventually kill the weed off.

In closing, if you have a cheap way to kill weeds please leave a comment below.