The worst product we’ve used for DIY this year 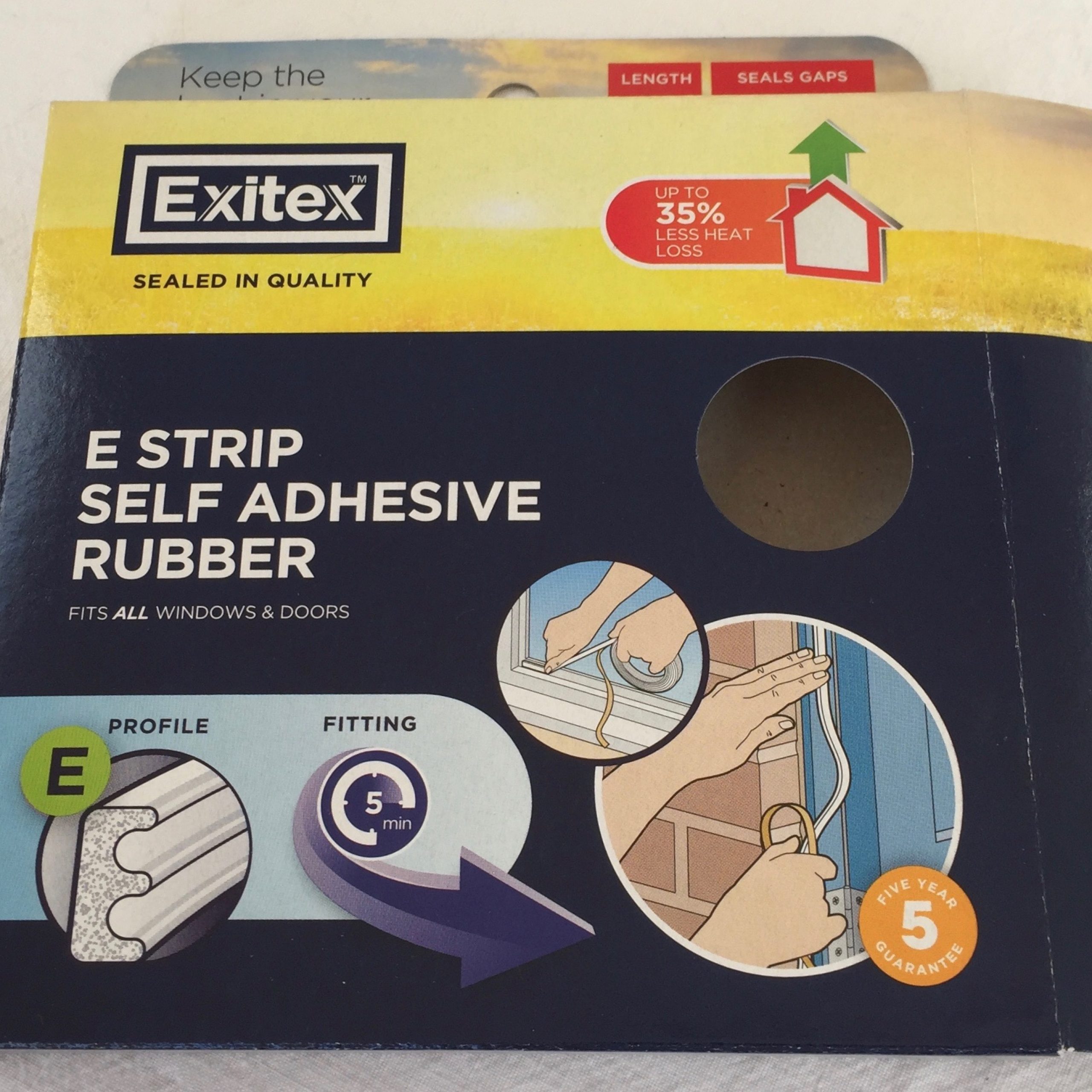 We’ve been draft and weather proofing our house this summer and autumn ahead of the winter using a wide assortment of products and methods. One particular issue that we’ve faced is draft proofing our conservatory door that has significant gaps and that unnecessarily lets in a lot of cool air.

We’ve tried draft excluding gaskets, but they don’t fit the gap because it’s a custom-made door. We came across a product at our local hardware store called E Strip Self Adhesive Rubber from a company called Exitex. As a concept, it sounds like a very useful product so we purchased a few rolls (in white and brown) that we could use on our conservatory door and around the interior of some window frames.

We prepped and cleaned all our surfaces and attempted to apply the E Strip Self Adhesive Rubber strip. We took great care to stick the product straight and gave it a few hours to set and dry.

We then went to open and close the door and windows a few times and the product comes unstuck instantly, and then starts to crumple and stick to itself. It’s an absolute nightmare.

Not only does it come unstuck at the top and bottom, but even with the door closed the adhesive starts to pop and unstick down the full length of the strip which is just laughable.

We have similar issues with windows – we laid the strip perfectly straight, but because the adhesive doesn’t stick, the strip has moved up in some places, down in others, as a result of the window closing and looks like a mess.

When we complained to the hardware store, they acknowledged that the adhesive on this product is poor and does come unstuck very regularly, which was ridiculous to hear them. Why are they stocking a product that they know doesn’t work? That aside, the product is available online, so be warned.

What really irks us, is that we’ve spent a significant amount of money and time applying this product to windows and doors, which we now have to remove because it doesn’t work and looks awful.

We contacted Exitex to get an explanation on how they can justify selling this sub-par product which is a complete and utter waste of money. It’s been a few days since contacting them, and they have failed to reply, which is indicative that they are aware that their product is rubbish.

As tempting as this product may seem, if you chose to apply it to a window or door that you will be opening and closing, be prepared for this strip to come unstuck and will probably not work as a gap filler. We’ve applied to it to the conservatory door, front door and a couple of windows and it has failed in each application.

Do not waste your money on buying it.

Impact driver – the product that revolutionised my DIY this year

Sharp start to the gardening season

Silicone, filler, caulk, sealant and adhesive in one...