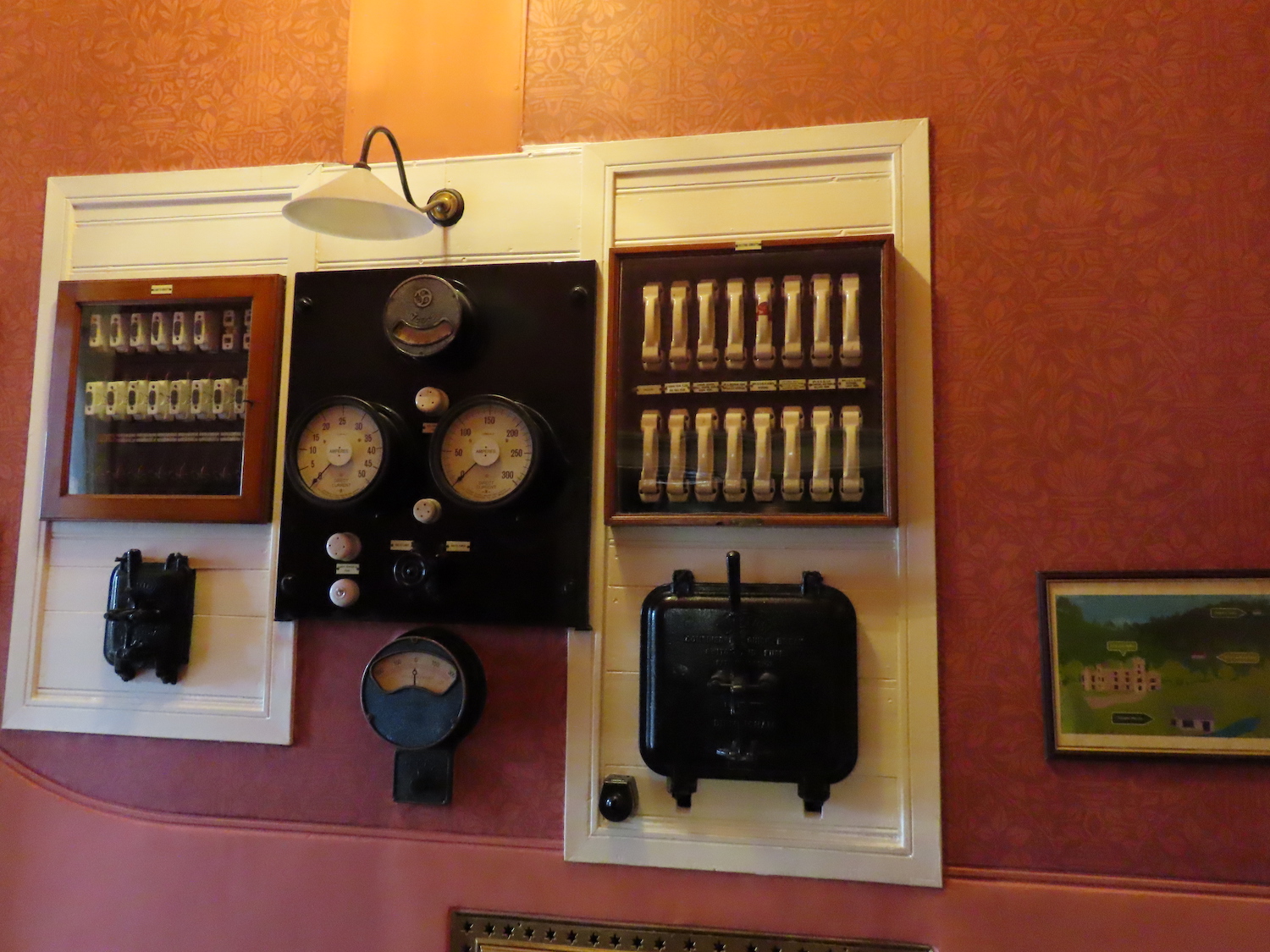 We had afternoon tea at Palé Hall in Wales recently and when we walked around the property we made an interesting discovery; this hotel is powered by its own hydroelectric plant. But what makes the story even more fascinating is this plant was installed in 1920.

From my research, I’ve found out that the the world’s first hydroelectric system was used to power a lamp in Northumberland in 1878. Within a decade, hundreds of hydroelectric plants sprang up and started generating electricity.

I think the owner of Palé Hall at the time was extremely visionary and understood the concept of sustainability. When one reads about the history of the property, the very fact that he installed a sustainable means of producing free electricity is what has allowed Palé Hall to remain in such amazing condition, as the heat it generated never allowed damp or damage to occur, even when the property was left vacant for 22 years. Other properties around the UK that have left empty for decades are now in a state of disrepair.

The new owners of Palé Hall, Alan and Angela Harper, have updated the entire system and put in a more efficient turbine, and when there is sufficient water to turn the turbine, it satisfies all the electricity requirements for the hotel and outbuildings.

What’s also great, is that the original turbine and switches have been preserved, and you can view all the original metres and fuses in the hallway.

This visit got us thinking. We have a small pond (about a quarter of an acre) that gets fed from neighbouring streams and subterraneous water sources, which generates overflow water into another stream that carries there water down the valley.

We are going to look into micro scale water turbines that could help power our air source heat pump over the winter when we get a lot of rain and running water, which will assist our quest for sustainability because the solar PV panels won’t be running at maximum levels due to shorter days. And the fact that hydro turbines generate electricity 24/7 is hugely beneficial.

SolarEdge app is a powerful tool for monitoring energy usage

Picking our own wild blackberries